The primary focus of the new state-of-the-art palaeoecology laboratory at Nelson Mandela University is to conduct palynological studies, with a strong geographic emphasis on the Cape south coast and the Cape Floristic Region in general. While our initial and primary focus will be on pollen analysis, our overarching goal is to establish a highly versatile open science resource-base for palaeoscience research at Nelson Mandela University. 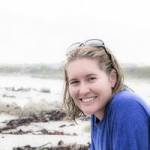 Lynne Quick is a Senior Research Fellow associated with the African Centre for Coastal Palaeoscience at Nelson Mandela University. She is a palynologist with interests in palaeoecology and palaeoclimatology. She is working on the development of new palaeoenvironmental records in southern Africa and has a key focus on the vegetation history and past climate dynamics of the Cape Floristic Region. Lynne is the President of the Southern African Society for Quaternary Research (SASQUA), a Vice President of the International Union for Quaternary Research (INQUA) and a member of the scientific steering committee of the AFQUA (African Quaternary: Environments, Ecology and Humans) initiative. [Email: lynne.j.quick@gmail.com |Twitter: @drljquick]

Erin Hilmer completed an undergraduate BSc degree at Nelson Mandela University followed by an honours in geology at the University of Stellenbosch. In addition to her role as the Senior Laboratory Technician of the new palaeolab, she manages Port Elizabeth’s only pollen and spore trap and generates weekly pollen and spore data for the city. This work forms part of a national monitoring network (www.pollencount.co.za). She also has expertise in geochronology and scanning electron (SEM) microscopy.