Whilst conducting her PhD research Hayley Keen helped produced two of short films about her research project Past environmental change on the eastern Andean flank, Ecuador:

As part of the “500,000 years of solar irradiance, climate and vegetation changes” Natural Environments Research Council funded (NE/K005294/1) project we have produced a wall chart explaining the type of research we do and how it can help to place on-going, and projected, climate change in context. The wall chart is designed for use in schools and universities. To obtain a copy of this, and other wall charts, please contact the British Ecological Society (direct wall chart link here). 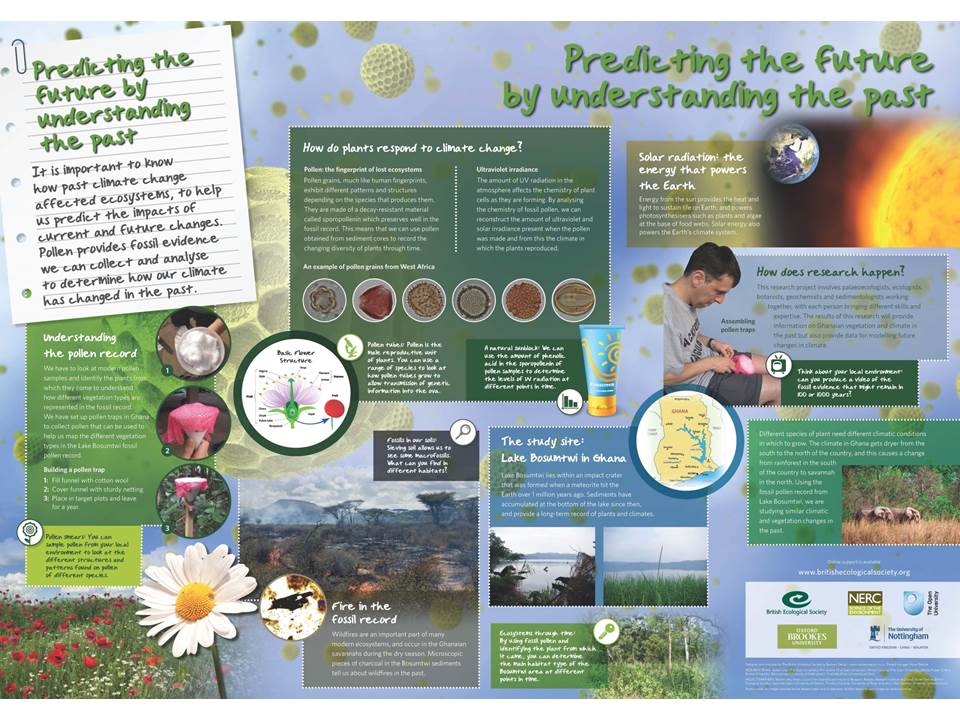 View all the videos on the AGU YouTube channel.

Hayley Keen’s video “Past environmental change in the Amazon basin” has been shortlisted for the American Geophysical Union (AGU) student video prize. Please watch and like Hayley’s video; top “Liked” videos will win entry to the AGU 2014 Fall meeting.

View all the videos on the AGU YouTube channel.

Two NERC algorithm funded PhD studentships are currently available with the PCRG. The projects are focused on understanding past environmental change in west tropical Africa and Amazonian-Andean Ecuador. Both projects will involve field work and build on on-going research within the lab. 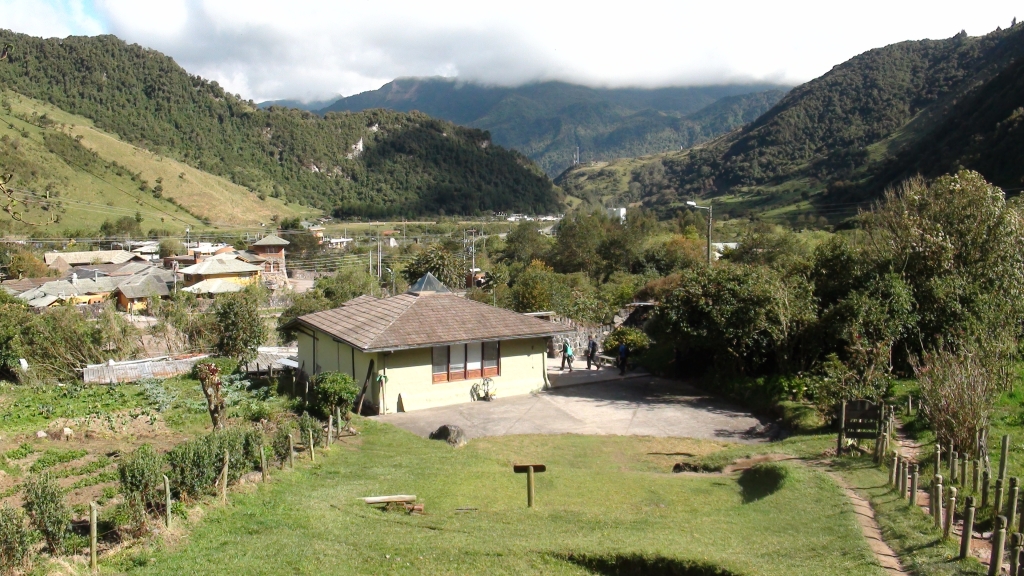 One project will work on samples collected during fieldwork in 2012 near Papallacta (Ecuador).

Further project details and how to apply below…
END_OF_DOCUMENT_TOKEN_TO_BE_REPLACED

One of the key goals of the fieldtrip to Ecuador (August-September) was to sample organic and volcanic (tephra) layers from sedimentary exposures with the aim of obtaining new information about past envrionmental change in the region. Our Ecuadorian collaborator, Dr Patricia Mothes (Instituto Geofisico), had identified four of sites she thought might be useful too us: El Fatima Dique, Mera “2” Dique, El Rosol and Vinillos.

At the Fatima site, near Puyo, a thin organic bed was sampled sandwiched between volcanic ash deposits. Wood macrofossils from this deposit have been dated to the last glacial period.

END_OF_DOCUMENT_TOKEN_TO_BE_REPLACED

The second part of our Ecuadorian expedition took in lakes and sections close to the towns of Papallacta and Cosanga. The variation in climatic conditions was marked as we experienced first hand the transition from freezing fog and driving rain to burning sun and heat within a few tens of kilometers as we travelled from >4000 m down to around 1000 m elevation. 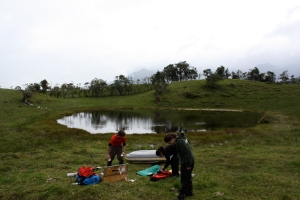 Preparing to recover a short core from a pond near the antenas at Cujuca. Short cores will be used for Chironomid analysis.

Tomorrow we will attempt to recover short cores from two more lakes. Then our final few days here in Ecuador will be spent visiting partners and packing up.

The first half of our field work expedition to Ecuador has now been completed. We had a very successful visit to Mera collecting samples from three new sections and recovered short cores from four lakes.

The sediment sections have yielded many wood macrofossils and samples for pollen analysis. It is anticipated that these will shed light on the nature of tropical vegetation during the last glacial period and before. Some of these samples will be analyzed by Hayley as part of her PhD research.

The sedimentary section found near Mera contained layers of crushed forest beneath volcanic ash. These “forest beds” provide a snapshot of vegetation in the landscape at the time of eruption. Part of plants growing on the landscape thousands of years ago are clearly preserved in the sediment.

END_OF_DOCUMENT_TOKEN_TO_BE_REPLACED

My Tweets
Ecology of the past
Blog at WordPress.com.
Loading Comments...